On the occasion of World Bicycle Day, NGOs Save Pune Traffic Movement (SPTM) and Parisar conducted an experiment to find out how the bicycle fares as a mode of transit compared to the car. Simultaneous trips spanning around 100 kms across the city were made by car and bicycle during peak hours on three days to find out how the bicycle fares when compared to the car.

It was found that on average, a bicycle needs just 45 seconds - 1 minute more than a car to go 1 km.

If your commute is 6 km, a car doesn’t save you more than 5-6 minutes as compared to a bicycle. Bicycles were only marginally slower than cars while benefiting the city in other ways like reducing air pollution and congestion. It was observed that when the congestion was higher, the cycle was faster than the car. 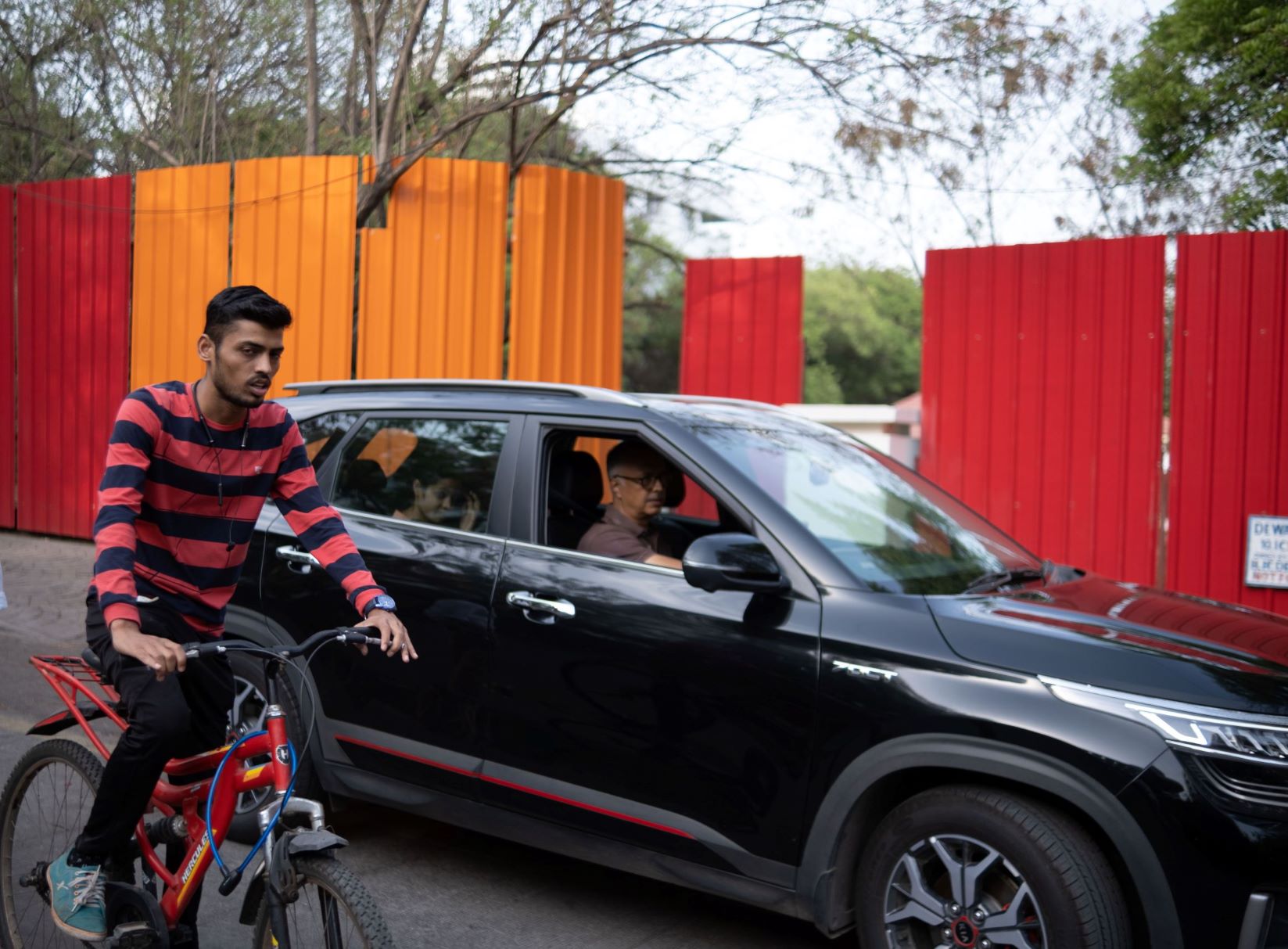 The participants who took part in the study shared their experiences of their transit. Ashwini Sovani, who cycles often in the city to work said, "In a city like Pune, a bicycle is a very apt mode, especially for shorter trips, within 6-8 kms. Cycling is good for the city as it reduces pollution but also good for the cyclist with its health benefits. It is also far more cost effective and within a layperson’s reach". Mihir Deo who participated as a car driver for the study said, "Being a cyclist myself, driving a car often makes me impatient due to delays caused by traffic congestion. I have cycled in India and abroad and the main difference is that there is far more respect shown to the cyclists and there is good infrastructure provided. Consequently, cycling is safer and more enjoyable there."

While the study quantitatively documents the time taken by the two modes for the same distance, the idea is to emphasize that the bicycle may take only a few minutes more than a car, it does not pollute the air and it takes much less of the already contested road space, while effectively moving people in the city.

The bicycle plays a very important role in reducing air pollution in our cities, and Pune being a nonattainment city, where pollution levels are higher than the national standards, must start looking at cycling from an air quality management perspective. While the Air Action Plan speaks of making cycle tracks and implementing the Pune Bicycle Plan made in 2016, actual implementation leaves a lot to be desired.” - Shweta Vernekar, Parisar

Vehicular emissions are a major source of air pollution in Pune, especially particulate matter pollution. According to a recent emission inventory by IITM released in 2021, PM2.5 emissions have increased by 70% in the last 7 years, and a 61% increase in PM10 emissions in the same span. Particulate matter is one of the most hazardous pollutants, which affects vital organs of our bodies like the lungs, heart, kidney and brain and causes health conditions like respiratory diseases, heart diseases, lung cancer and other cancers, mental disorders like anxiety, Alzheimers and so on.

In 2019, air pollution caused 17% of total deaths in the country, with Maharashtra ranking second only after UP, recording 1.4 lakh air pollution related deaths. (Source: Scientific paper published by Indian Council of Medical Research in the Lancet Planetary Health)

“Pune has earned the dubious distinction as the first city to have more vehicles than people in 2018. The Comprehensive Mobility Plan of Pune, which aimed at increasing the modal share of cycling from 9% to 25% has been sidelined, while more and more motor vehicle centric projects continue to fail in reducing congestion and pollution.This study was an attempt to bring back focus on the bicycle as a great mode of transport, especially for short distances, within 5 kms. With better infrastructure for cyclists, more people can be encouraged to use bicycles for more trips, if not all.” - Harshad Abhyankar, SPTM 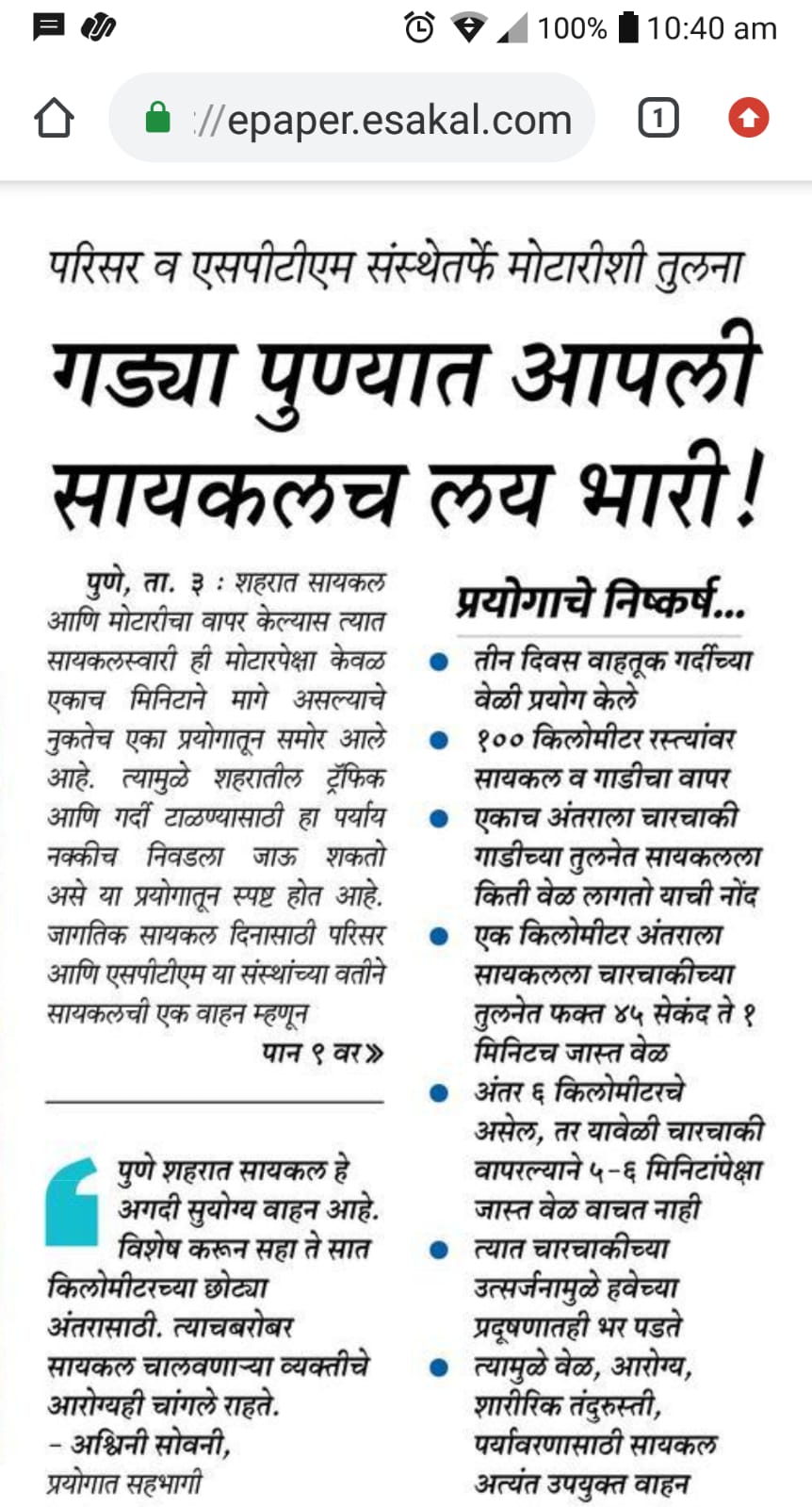